A tea, or coffee, is known to military spouses as a social gathering where friendships are made and information is exchanged. I learned this at a recent spouse seminar and while I haven’t had to host one of these yet, I now know where to go to equip myself for the occasion! Queen’s Pantry Teas. Friends, this Leavenworth jewel is filled with British goods, gifts, and high-quality teas. 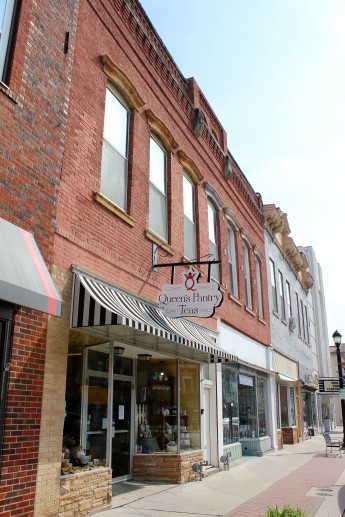 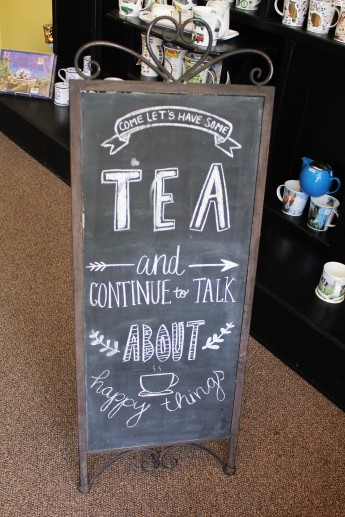 Last week when I had five minutes to kill, the British flags hanging across the store-front lured me in. I had the honor to sit for tea time with military spouse and co-owner, Kathy Gentzler, and hear about the store’s history. Kathy was beyond warm and friendly! Not because we share the same name, but as unannounced and rushed as I was, she still made time for me and spoke faster than an auctioneer so that I wouldn’t be late to parent pick-up.

This tea store was such a surprise. One of my college roommates was a barista and tea connoisseur and had the continuous aroma of fresh tea or coffee in our home. Something about walking through the shop, smelling the fragrance of the raspberry tea-of-the-day felt familiar.

The store will celebrate its 20th anniversary this coming October. Kathy and her husband, Kevin Gentzler, a retired military veteran, purchased Queen’s Pantry Teas 6 years ago after moving to Leavenworth. Their oldest daughter had been working at the shop when she learned the previous owner was going to sell. She encouraged her parents to buy and within days they had moved the shop to the new location on Delaware and opened their doors to the public. Kathy shared a bit about her homeschooling years and the joys of raising 4 children. She spoke of the challenges of PCS moves (to which I could certainly relate these days), and the couple’s continued dreams to someday open a small business together. I love family success stories like theirs. My husband and I have a list of ideas going, and I am counting the days (ok, years). 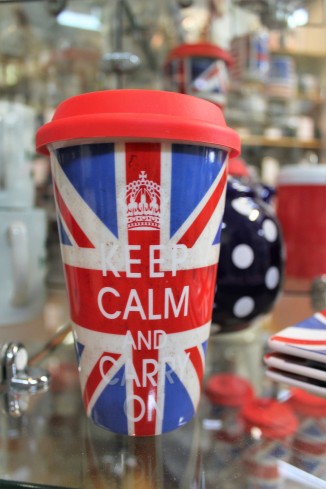 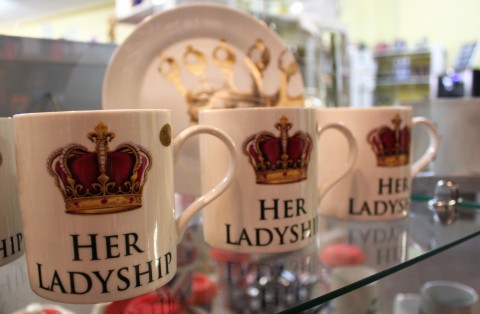 I had to ask about the British-theme. Wouldn’t you? Apparently, the previous owner’s father was in the U.S. Air Force and married her British mum, and there you have it. More fun facts… The store carries teas from the British market and a handful of German chocolate candies (for those of you missing your days overseas). They also have the largest selection of loose teas in the greater Kansas City area–about 165 to choose from y’all!!! 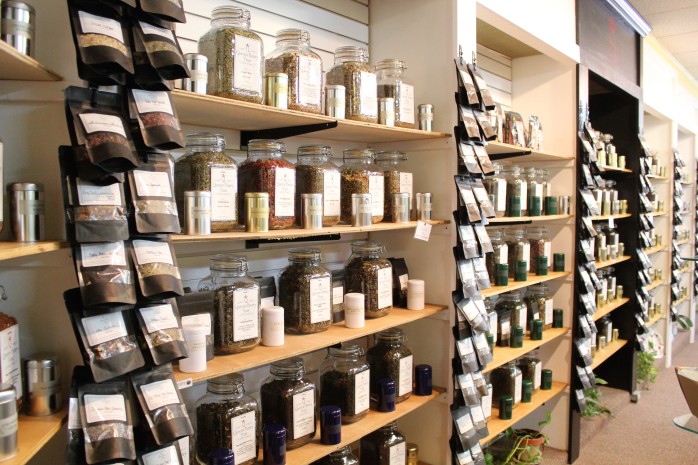 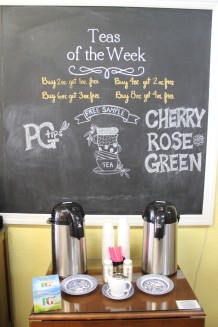 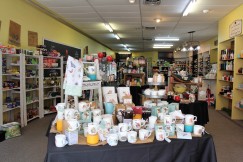 I couldn’t take it all in during one visit, so I headed back this week and got to try England’s #1 pantry tea–YUM! While snapping pics, I also got to watch another boy-mom wander in and sit for tea-time with her little guy. Moms can be so compassionate, loving, and selfless. In that moment, as she made a memory with her son, I was able to capture another mom graciously rockin’ her mom-role. I left encouraged. Being a boy mom makes for some pretty wild and tiring days, but my heart is mush with my two boys and moments like that are fuel for this momma’s soul. Much like my tea-time with Kathy, these little Leavenworth finds and moments with other military spouses who have trudged the roads before me are priceless. 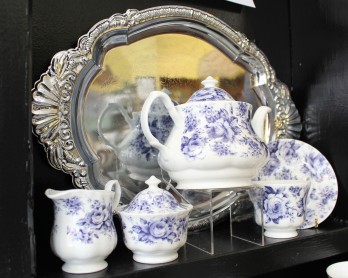 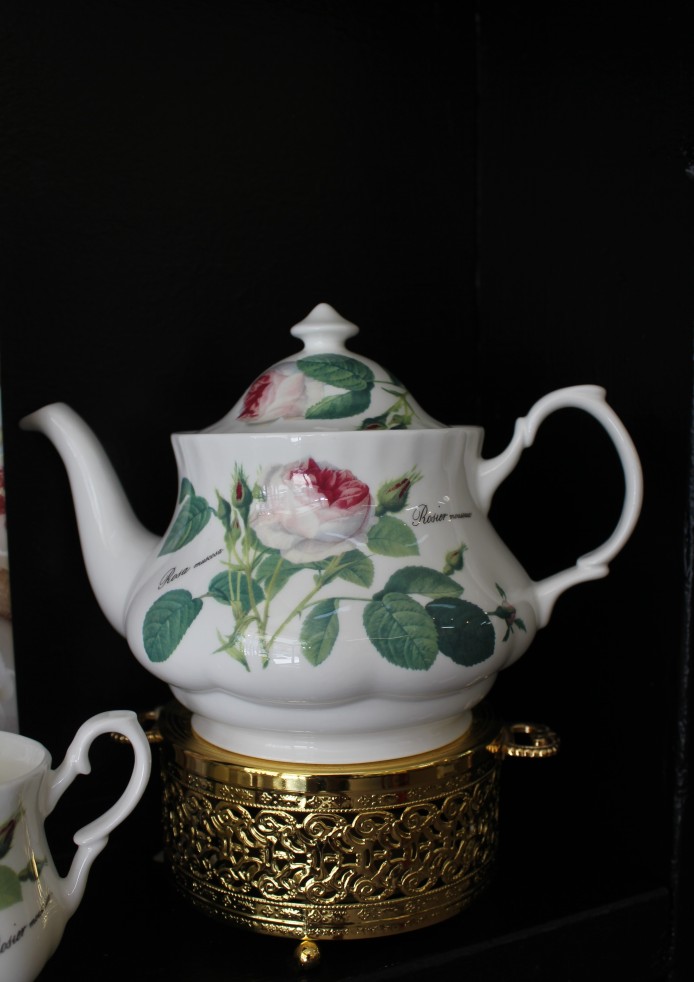 Can’t make it this time? Join the tea shop on May 10th from 6pm-8pm for their 4th Annual, Iced Tea Extravaganza, as they release their summer tea line.

Also, if you want an interactive day with Queen’s Pantry Teas and other local merchants, join the Mother’s Day Build-A-Bouquet event on May 12th from 10am-4pm, presented by Leavenworth Main Street.

Now go, find a friend, and have yourself a cuppa!

There was an error retrieving images from Instagram. An attempt will be remade in a few minutes.

This is a personal blog. Any views or opinions represented in this blog are personal and belong solely to the blog owner and do not represent those of individuals, groups, institutions, or organizations that the author may or may not be associated with in professional or personal capacity, unless explicitly stated. The blog author is not responsible for the content in others’ comments. This blog disclaimer is subject to change at any time.

All photographs on this website are the property of RockyRoadsandRainbows.com. Copyright 2018, Rocky Roads and Rainbows. All rights reserved.